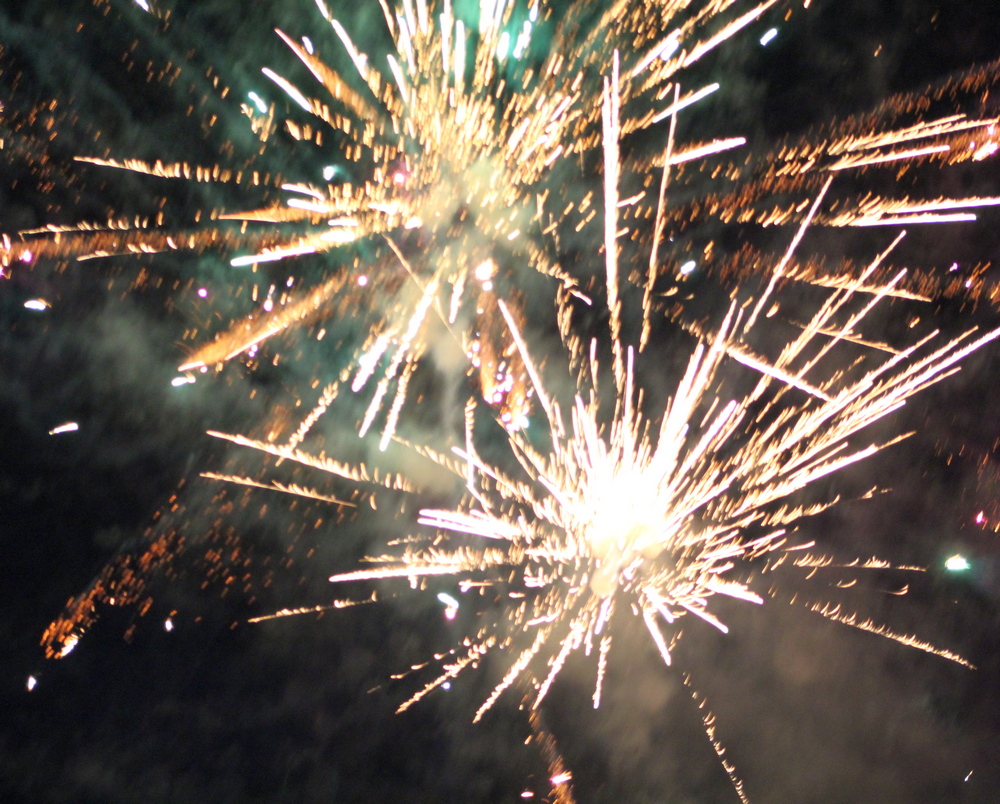 We celebrated Independence Day with neighbors, burgers, hot dogs, chips, ice cream and fireworks! Here at Willis Sinclair we are thankful to be living in the greatest country in the history of the world. We hope you had a nice celebration as well!

This month’s feature article is written in first person (me) because it is basically about parallels I have noticed between engineering design work and home building.

At first glance there might not seem to be parallels in designing flight navigators or television high voltage power supplies and building homes, but there are a number of them.

One is the “just in time” concept manufacturers used to make sure parts were on hand when they were needed. One of our (eight) production lines built projection televisions. The retail value of one day’s run was about $1,000,000. Since we could sell all of the projection sets we could build, if the line shut down, it was dramatic.

Although I was not involved with the production (except for troubleshooting problems), I did observe the impact of part shortages. Sometimes I would have to design in a replacement as fast as possible. Supplies in the pipeline for our jobs keep things moving smoothly. If workers have to pull off and go to another job because of a shortage of material, it might be weeks until they can get back. Not good.

I was able to get parts shipped quickly on several occasions when I would call the supplier and explain to them if they let me down this time, I could not trust them to deliver in the future. I do the same thing with our suppliers. I don’t take advantage, but I do expect good service.

Another skill set that transfers nicely is scheduling. In the television world, new designs had to be in production early in the fall for the Christmas run. Live or die, sink or swim, the deadline had to be met. That caused me to get familiar with Gantt charts and scheduling software. This information enables us to run as many tasks in parallel as possible.

Responding to shut down production lines also helped me with quick responses. When a production line got shut down, not only did we lose sales, but production workers – maybe 50 – got sent home without pay. I knew those people needed to work, so I really concentrated on getting any problems fixed so the line could run. In construction, you don’t want workers standing around waiting or worse, going to another job.

Some courses I had in school: statics, dynamics, thermodynamics, strength of materials and others help me have a good grasp of structural design even though I am not a structural engineer. Still, I can usually tell if something is designed well or not.

I take continuing education courses to keep my Professional Engineer Certification active and I normally tend towards relevant (for home design and building) courses.

We all work very hard to provide you a pleasant experience and well constructed home or remodel.

A few weeks ago, Kandy and I went to the Springfield, Missouri area to help with a surprise shower for Elizabeth, our daughter-in-law. Her oldest daughter planned and executed the surprise shower for her mother. Little Ingrid Sophia Burdick is due towards the end of August. I have suggested to Elizabeth that she wait until our anniversary the first part of September, but she is not too amused by my suggestion. Ingrid will be Bill & Liz’ 11th child and our 34th grandchild.

Back when I (Bill) was doing electronic design work for major companies, we had to deal with defects during production. When a part arrived in the Incoming Department, we tested it. When it was assembled on a circuit board, we tested the board. When the board was installed in the final unit, we tested it and after burn in1, we tested the system yet again. 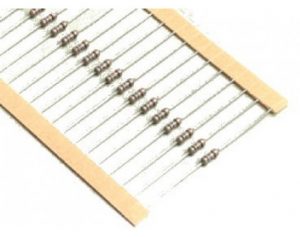 We purchased tens of millions of resistors. (The body was about 3/8 inch long.) They were usually on reels of 5,000 resistors. They were each tested in the receiving department.

Testing costs a lot for a manufacturer, so why would one choose to do so much testing? The reason was that if a defective part slipped through testing and made it to the next phase, the cost to replace it was about ten times higher. For example, if it cost $0.25 to catch a defective part in incoming, it would cost about $2.50 to catch it on the board assembly test or $25.00 if the failure was not noted until the unit test. Field failures (the final and most important test) could cost much more in ill will, shipping replacement units and other hidden costs. We worked hard to avoid DOA (dead on arrival) television receivers. 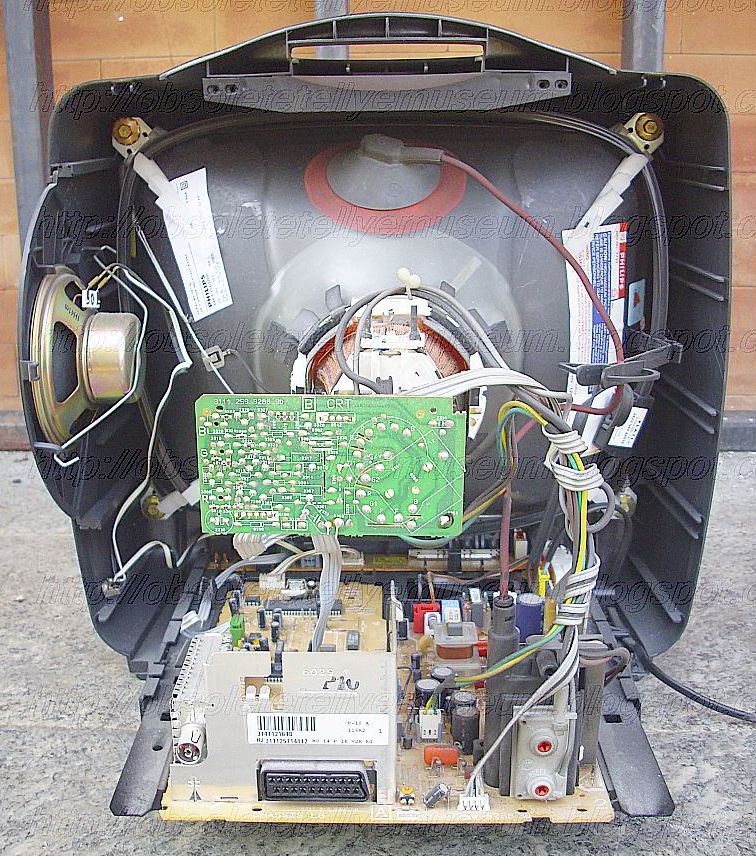 By the time a part got into the final assembly, it was much more expensive to replace it. Catching defective parts early in the process was by far the best path.

Clearly, early testing did not catch all of the defects, but it caught many of them and even though the testing cost money, it saved far more than it cost. Failures on the production line were very disruptive. During peak months, we built about 500,000 televisions. A failure rate on the final production line of 1% was a disaster. That meant 5,000 televisions failed and had to be repaired and retested. That works out to about 250 per day or roughly one failure every 2 minutes. We tried to keep the line fall off (failures on the final line) down to about 100 ppm3 or 0.01% or 100 times less than 1%.

It occurred to me that changes in home building are a lot like failures in the production setting in that the earlier you catch them, the better it is from a time and money standpoint.

When you are brainstorming with your architect, making changes is relatively inexpensive and fast to implement. Once plans are drawn, the price both in time and money increases significantly. If the change is something that affects the permitting, change orders may be needed for the building department causing more expense and delays. ARBs may also want to review changes if it affects certain parameters of your home.

Once construction begins, the stakes increase. If caught soon enough, some changes can be worked in with relative ease. For example, if you choose to change a window to a door, the change in the framing stage is usually simple, but because windows and doors have long lead times, they are ordered early in the process so you may wind up purchasing the window you “removed” as well as the door which replaced it.

If changes come along later and things have to be reworked (torn out and rebuilt), the cost and time impact increases more.

Another item worth mentioning although it does not apply to us is the “change order game” some builders reportedly play. They will give you a low ball price on your home and then come up with many expensive changes. That is not a fun game for the home owner. We don’t charge anything over our direct cost for changes so we don’t benefit from changes.

Does that mean you should not make changes? Absolutely not. In the end, we want you to to be very happy with your home.

Sometimes, it is difficult to visualize things on your plans, so catching items that might be undesirable is difficult. “How does the crown molding look?” is a question that can be quickly answered by making a mock up of a short piece of crown and holding it up in a room. We are very happy to make mock ups so you can see exactly how your trim will look. All you have to do is ask. We are also happy to look at early plans and point out things we think that you might want to change. All you have to do is ask.

In the end, you need to have a home where you don’t ask yourself, “Why didn’t I change that” every time you see it.

I remember when I was having one of my trucks painted, we were walking around it. The truck had a crinkled hood when I purchased it and a ding here and there. We got to the driver’s door and the painter pointed out a small scratch just under the handle. He asked if I wanted to paint that door. I asked, “How much?’ of course. “$500” (or some number) was the additional price. Did I want to spend an extra $500. Absolutely not. Did I want to see that scratch on my otherwise near perfect truck? Absolutely not. I knew every time I opened the driver’s door, I would see the scratch and wish I had had it fixed. I spent the extra $500.

Sometimes when you are thinking about your home, you will think of a change you would like to make, but for some reason or other, you won’t mention it. Mention it. We can fix it.

We can help you build the perfect home or do the perfect remodel. Call us. We can help. Our goal is to have very happy customers who will recommend us unconditionally.