Posted at 20:24h in Newsletters by Willis Ponds 0 Comments
0 Likes 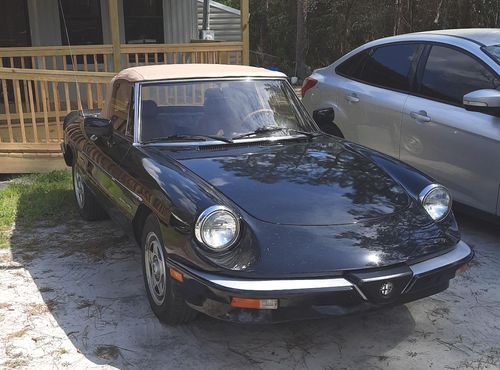 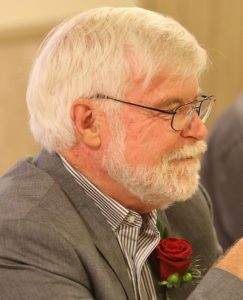 Finally, the weather is warming and the flowers are blooming. It is nice to see plants come back to life.
Back in the late 60s, my brother and I found a couple of old Italian sports cars for sale. They were  Alfa Romeos. We both got a vehicle. His was blue and mine was silver.
Otherwise they were very similar. His was in better shape than mine. They had both been raced on a sports car circuit in central Florida.
Bob (my brother) and I decided to work on his car first since it was in better shape. We painted it, reupholstered the seats and got the engine running like a watch. It was fun. Before we had a chance (along with my soon to be wife, Kandy) to get mine running, my uncle (Sam) decided I needed to wear a green uniform and be in his Army. Somewhere along the line, my Alfa was sold to supplement my not-so-high Army pay.
Now, I have run across a 1986 Alfa. It is a spider (Alfa’s name for their 2 seaters). It looks like I am going to buy a project. It runs well, but needs some work – mostly sheet metal work. The floor pans need replacing, so it will be a good chance for me to practice welding sheet metal, something I would like to learn. I have done a little (terrible) body work in the past, so it looks like I will get a chance to improve those skills soon. (They could not get much worse.) I certainly don’t need another vehicle (especially another project), but this was too promising an opportunity to let go. 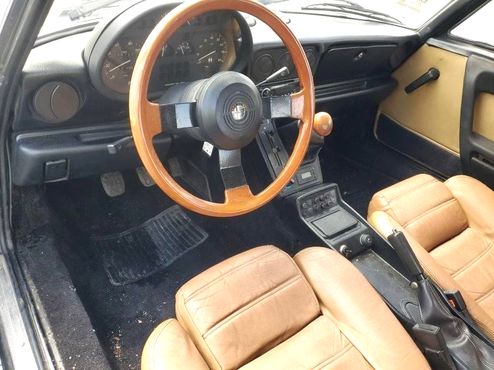 The Alfa is in pretty good shape. The cabin looks neat — like the Italian sports car it is. It has about 75,000 miles on it. For a 36 year old car, that works out to a little over 2,000 miles per year. My first project will be to fix the rusted areas. Mechanically, it seems fine.

A few years back, my brother, now living in the Denver area, bought a 1991 Alfa Spider. He has since sold it and gotten a relatively new one with an automatic transmission so his wife could drive it. The top on this body style is manually operated (not power). Bob assured me it was easy to put the top up and down as long as you had 3 hands. Actually when I tried it, it was not difficult. The frame of the soft top needs a bit of oil, but otherwise, it worked well.
I think the funniest event with our earlier Alfas was when my brother picked up a friend. The speedometer in his car was metric, so it read kilometers per hour rather than miles per hour. There were very small letters on it to indicate km/hr, but they were easy to miss. We lived on a state road that (back then) had a 70 mph speed limit. Bob took off and ran the car up to 120 (km/hr which was about 70 mph). The little four cylinder was really revving and his friend was panicking. The car was very low (I was able to reach out and touch the ground when I was sitting in the seat with the door open) so it seemed to fly anyway. With the speedo reading 120, Bob’s friend was hanging on for dear life. After they “landed” Bob told him about the metric speedo and we all had a good laugh.
Alfas are interesting little cars. They were popular years ago (probably because of their racing successes), but eventually went the way of many other auto companies (probably because of low production runs and high prices) and were sold. I believe that 1986 was the last year Alfas were built by the company before it was purchased by Fiat, another Italian auto builder. Alfa Romeo was started by Nicola Romeo in 1910. The Alfa part of the name is an acronym for Anonima Lombarda Fabbrica Automobili meaning the Lombardian Car Factory that was owned by anonymous (Anonima) investors.
I’ll keep you updated on the progress. It will be slow. I am sure I’ll have some, maybe many, “do’s,” “undo’s” and “redo’s.”
This month, I wrote about a strange phenomenon you can see if you drive around rural South Carolina (or anywhere, for that matter). Many abandoned buildings have the roofs fail and collapse. I discussed reasons I believe this happens. The building in the photos has brick walls, so they don’t rot, but if you notice even abandoned  frame houses (with wood walls) often have their roof fail before the walls.
That brings me to one of our company philosophies: If we know why things happen we can prevent them. That is opposed to just doing repair work when something does fail. By understanding how and why structures fail, we can take steps up front to prevent the failures giving you a much better structure. Prevention is far better than repair.
We continually strive to improve out working methods and processes so we can build the best home possible.

Why Do Roofs Rot Before Walls

If you drive around in some of the rural areas of South Carolina (and other places for that matter), you might notice a curious phenomenon. That is that very often when an abandoned building starts to fail, it is usually the roof that fails first. Even more curious is that it is often not a leak in the roof that causes the failure, but the reverse, the roof fails and damages the covering (shingles or tar paper) causing a leak. Why is that?
First, a little thermodynamics (heat flow). I mentioned this in an earlier newsletter, but since your memory might be about as good as mine, I’ll repeat it.
There are three types of ways heat can flow. Radiation is the one that is relevant for our question. Radiant heat flow occurs when two separate objects are different temperatures and they can “see” each other.  That is how the Sun heats the Earth. The Sun is very hot, so some of that energy flows to the Earth. That is why it seems so much warmer in the sun than if you are in the shade (where there is no radiant heat flow from the Sun to you). If you stand outside in the sun, your “sunny” side will be warmer than the side of you away from the sun. You feel the heat energy from the sun transferred to you via radiant heat transfer.

This building was once probably a tractor dealership. It has a large shop and showroom. The building has been empty for years. Notice the sagging roof on the east side of the building. There are no noticeable leaks in the roof, but clearly, the roof is failing.

Remember heat flows from warmer objects to cooler objects. Outer space is very cold and if you go outside on a clear night, you will notice it seems cold — much colder that it seems on a cloudy night when the heat transfer from you to outer space is interrupted by the clouds. I’m sure you have noticed that clear (cloudless) nights are colder than cloudy nights. The heat that is transferred from the Earth on a clear night makes the Earth colder.
Now, back to the original question: why do roofs rot before walls in an abandoned building?
Remember when two objects can “see” each other, heat will flow from the warmer one (making it cooler) to the cold object. At night (when there is no radiant energy from the Sun), a roof will radiate heat into space making the roof cooler than the air around it.
Now, there is one more thing to consider. The air contains moisture. the amount of moisture (humidity) depends on the temperature of the air. The warmer the air, the more moisture it will hold. If you notice in weather reports, relative humidity is sometimes mentioned. Relative humidity is how much moisture is in the air compared to how much could be in the air at that temperature. 100% humidity means the air is unable to hold no more moisture. The temperature where the air would be saturated (100%) with moisture is the dew point.
If you cool air below the dew point, dew or condensation forms. That is why condensation forms on cold beverage containers — the container surface is below the dew point of the air around it.

This is the west side of the same building. Notice the roof has totally failed. You can even see sunlight on the brick wall through the window. The roof rots from the inside. Once the sheathing has rotted, the roof collapses. Perhaps the western side failed first because it does not get much sun until afternoon, leaving moisture on the bottom of the sheathing longer than the east side which gets the morning sun.

Back to our original question: Why do roofs rot in abandoned buildings? Abandoned buildings tend to have high humidity in them which means the relative humidity is high and the dew point close to the ambient temperature. If the roof cools below the dew point inside the building (as it often does at night with a clear sky), condensation will form on the bottom of the roof. The constant wetting (at night) and drying (during the day), accelerates wood rot. It is only a matter of time until the roof fails.
Once the roof fails in one spot, water collects on the floor (as it has in the building in the photo) making the humidity inside the building even higher.
If you keep your eyes open as you ride around and see old abandoned buildings pay attention to the roof. In all likelihood you will see it fail before other parts.

Why don’t walls rot first? The roof is exposed to the night sky much more than the walls of a building, thus the roof gets colder than the walls. Condensation forms when the roof is below the dew point.

Although you will probably not be concerned about abandoned buildings, keep in mind if you leave your house closed for long periods, it is important to make sure the humidity does not get too high (by leaving the HVAC on). You can set the temperature higher than you would normally, because you are after dehumidification, not comfort (since you are not there). Keeping the humidity under control not only protects against rot, but also mold and mildew.