From all of us at Willis Sinclair Homes to all of you: 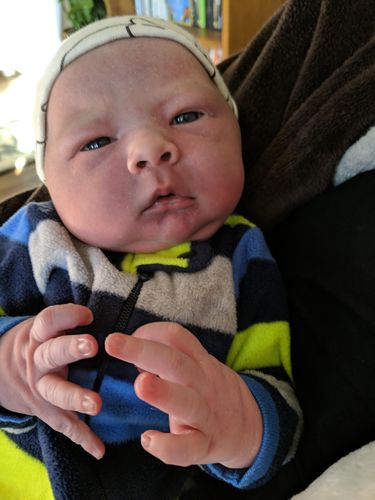 Teddy was born on November 13. He is our 38th grandchild (25 grandsons and 13 granddaughters). Teddy is our son and his wife’s 13th child. He is about 8 hours old in this photo. They live in the Springfield, Missouri area. 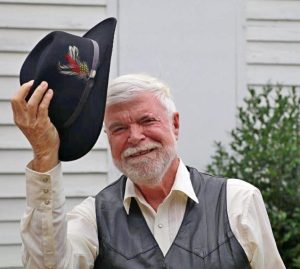 Kandy and I were blessed with our 38th grandchild this past month. When I see a newborn (we have not seen Teddy in person yet), I am in awe of how amazing birth is. For nine months, a baby is connected to, protected by and fed by his mother. Then in a matter of a few minutes, he is on his own.

Some of his systems, such as his heart and other organs (I am looking at this as an engineer) have been working for a while, but for some of them, his respiratory system, for example, have just a very few minutes to get up and running once he is born. In the overwhelming majority of cases, things go well.

How can that possibly work? How could such a complex creature such as a new baby suddenly be on his own. (Obviously, he still needs care, but he can survive on his own as long as he is warm, his tummy is full and his diaper is empty.) When I was designing television sets, the number that worked as they should at the end of the assembly line was not nearly as high as new babies. Needless to say, babies are infinitely more complicated than a television.

Some say, over eons of time, primitive creatures emerged from the primordial sea. Over the many years, they got more complex and eventually, modern man came along. Many accept that as fact. Perhaps you do. The “It just happened” theory seems a little flimsy to me.

Again, from an engineering standpoint, I have a lot of questions. Suppose it did happen. What were the odds? A positive evolutionary change has not ever been observed or documented to the best of my knowledge. Sure, bird beaks change a little depending on the food they eat and other minor changes may happen, but no major changes. Positive changes fly in the face of the Second Law of Thermodynamics which states basically that disorder increases – things get old and run down.

Keep in mind also, if a creature did suddenly sport a new “feature”, to pass it on, it seems he would have to find another creature with the same new “feature” in the same reproductive age range, roughly the same period in time in history and in the same location in the world or the new offspring may or may not have the new “feature”. Without a compatible mate nearby, that new “feature” would die and that would be that.

Suppose that two creatures (male and female) roughly the same age, in the same time period in history and in the same location do have an offspring who sports the new “feature.” With whom does the offspring mate? Obviously, the new “feature”” is not common or it would not be new. It seems to me that the chances of all that happening are about as close to zero as one can get. Not only that, but it would take millions (billions?) of these changes to get from one cell creature to modern man.

No matter how we got here, a new birth seems like a miracle to me.

Back when I was doing engineering design work, I had a pretty good reputation as a troubleshooter. When the assembly line went down because of a problem, I often got the call. Back in the 1980s, we (Philips/Magnavox) built several million televisions per year in Greeneville, Tennessee. That works out to about one television every 20 seconds. Shutting down an assembly line was a big deal.

How does troubleshooting help us build homes? There are really two aspects to trouble shooting. One is after a problem occurs. A troubleshooter has to figure out the cause of the problem and then design a solution.

Sometimes, there is a tendency to just try something and see if it works. We called that “shotgunning” when I was doing electronic design. Sometimes it works, but usually it does not. Worse yet, sometimes it seems to work, but the problem rears its head again when you are celebrating your victory.

So, how do you figure out the problem? There are several ways that have worked for me. One way is to look at the failure or problem closely and see what is missing or seems out of place. Another is to think how you would cause the problem if you wanted to do so. Sometimes, that gives you a clue about the actual problem.

If you are driving along and your car starts to make an unusual sound, how can you troubleshoot it? There are a number of ways. You can try to determine the location of the sound by turning your head. When the noise is about the same in both ears (assuming your hearing is normal), you are either facing or looking in the opposite direction of the sound. You can see if the road surface changed. That might cause the tire noise to change. You can shift your car into “N” and let the engine idle while your car is still moving. If the sound changes, perhaps it is related to the engine speed; if not, perhaps it is related to the vehicle speed. By using different tests, a problem can often be located. Until you know the cause of the problem, the “smoking gun”, your chances of fixing it are not very good.

Suppose you notice a crack appearing in sheet rock in your home. You could just have the crack patched and that might work. Sheetrock will not stand much tension (pull) before cracking. If sheetrock cracks, just patching it might work – at least in the short run. A crack indicates something moved. Until you figure out what moved and take steps to prevent future movement, cracks will likely reappear.

Suppose you see water drops on the ceiling. It might be a leaking water pipe or perhaps there is high humidity in the home and the inside air has cooled. This will result in condensation and that well might be the problem.

Another aspect of troubleshooting is looking ahead for weaknesses or deficiencies which may cause problems. When those are located, action can be taken to prevent the problem from occurring.

At Willis Sinclair we do “look aheads” to detect any weak areas that may need changed. Designing a house is a complex task and having several sets of eyes looking at the plans is a good way to find troublesome areas that may be avoided.

Troubleshooting takes effort, practice and thinking. Perhaps that is why not too many are good at it. We will always do our best to root out any problems before they become an issue. If they are an issue, we will figure out the real cause of the problem and address it. Call us (843 846 2500) if you have any questions or comments. No cost or obligation on your part.

We hope you have a very nice Holiday Season. Merry Christmas and Happy New Year from all of us!