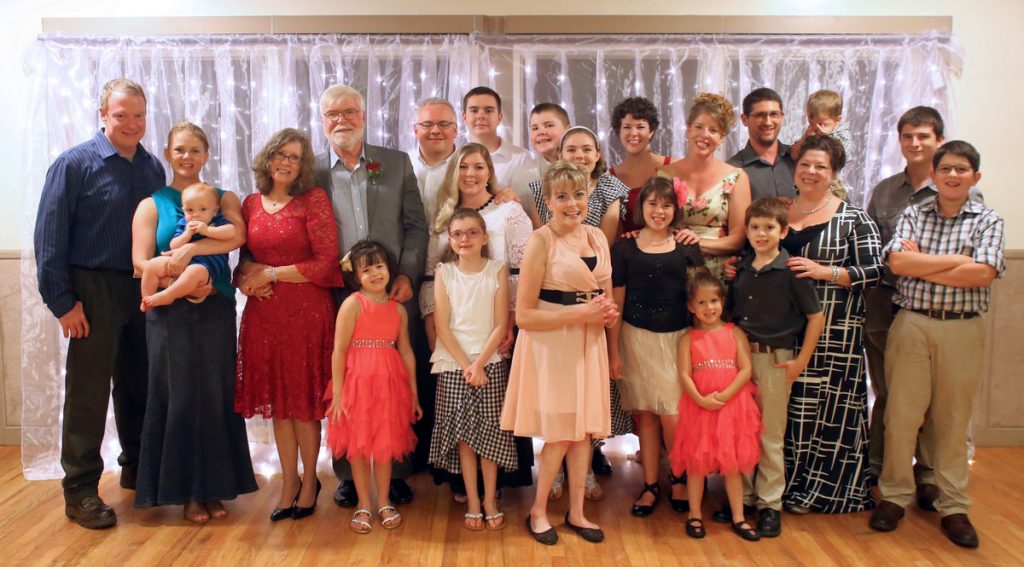 Bill & Kandy with part of their family at their 50th anniversary surprise party. It had been in planning for a year and somehow, it was kept secret. Six of their 8 children, their daughter-in-law, 2 of their 3 son-in-laws and 12 of their 33 grandchildren were there. A number of dear friends (not in the photo) also attended. 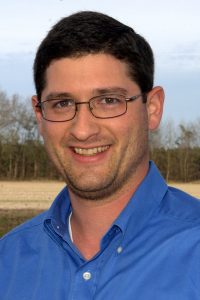 By now the first hurricane to make landfall during the 2018 season is behind us. We hope and pray that everyone made it through with minimal damages or injuries. I am currently sitting in my office writing this while we wait for the storm to reach us. We aren’t expecting much wind and only a few inches of rain. We prepared for a storm that is much worse so we should be fine.

This brings me to a point I would like to make to everyone in hurricane-prone areas. That is that you should never wait too late to prepare. Also, over-preparing is better than under-preparing. We service a large number of houses and were tasked with preparing about 40 of them for this storm. Six days ahead we thought we had plenty of time to make preparations. However, the governor issued a mandatory evacuation and at that time we only had one day to prepare the houses. Thankfully the evacuation was lifted and we had an extra day and were able to properly prepare all of the houses under our care.

I say all of this to say that you really can’t ever start preparing too early. We don’t like to prepare houses earlier than necessary because it’s quite time consuming for us and costly for our customers. However, it seems that we inevitably have at least one storm per year that prompts us to do hurricane preparations. It would be beneficial to our customers and us if some of these houses had at least some pre-season preparations already in place. Doing so would limit the amount of time to prepare if we actually have a storm and would give a greater assurance that homes are fully prepared.

Our normal preparation of a home will include the following at minimum:

Some customers will also have us move cars and items out of potential flood hazard areas. If we have a storm surge it will be salty ocean water and that is very destructive to anything it contacts. During hurricane Irma in August of last year a few of our customers had flood damage in their homes and several had damage to air conditioning units. It’s hard to keep water out of homes if they are built too low but air conditioners can be lifted with minimal expense compared to the cost of replacing them.

We would like to encourage anyone who is absent from their homes during the hurricane season to think of doing pre-season preparations. At a minimum, items from yards and porches can be put inside. This leaves just the doors and windows to protect. If you are interested in having us do this for you, please just ask. We are happy to help!

What is the IRC?

The Code is updated every three years. Typically, it is adapted a few years after it is released. Here in South Carolina, we are using a modified version of the 2015 IRC. 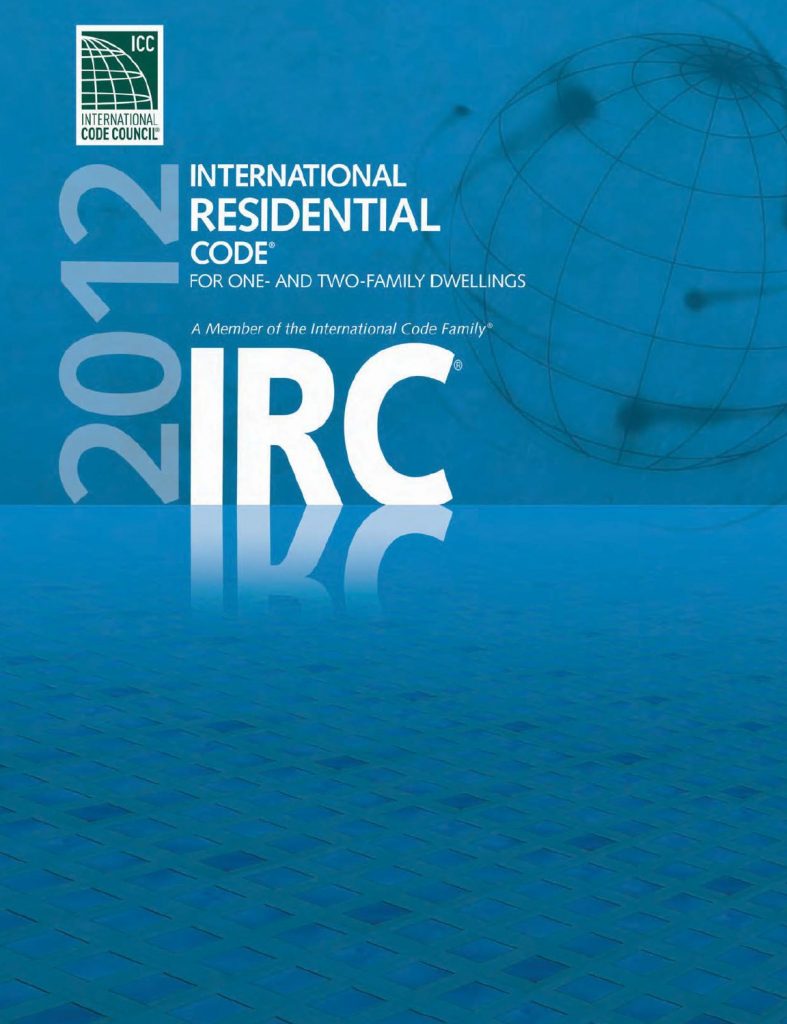 Why is the code important? The most important reason is that it provides requirements for a home’s structure – its foundation and framing. It is worth noting the code requirements are a minimum and not a design. We certainly exceed code requirements in many areas of our homes as do other builders. By having minimum standards, it is possible for the inspectors to judge if a design is sufficient from an engineering standpoint. The inspector just has to use the IRC as a minimum standard. 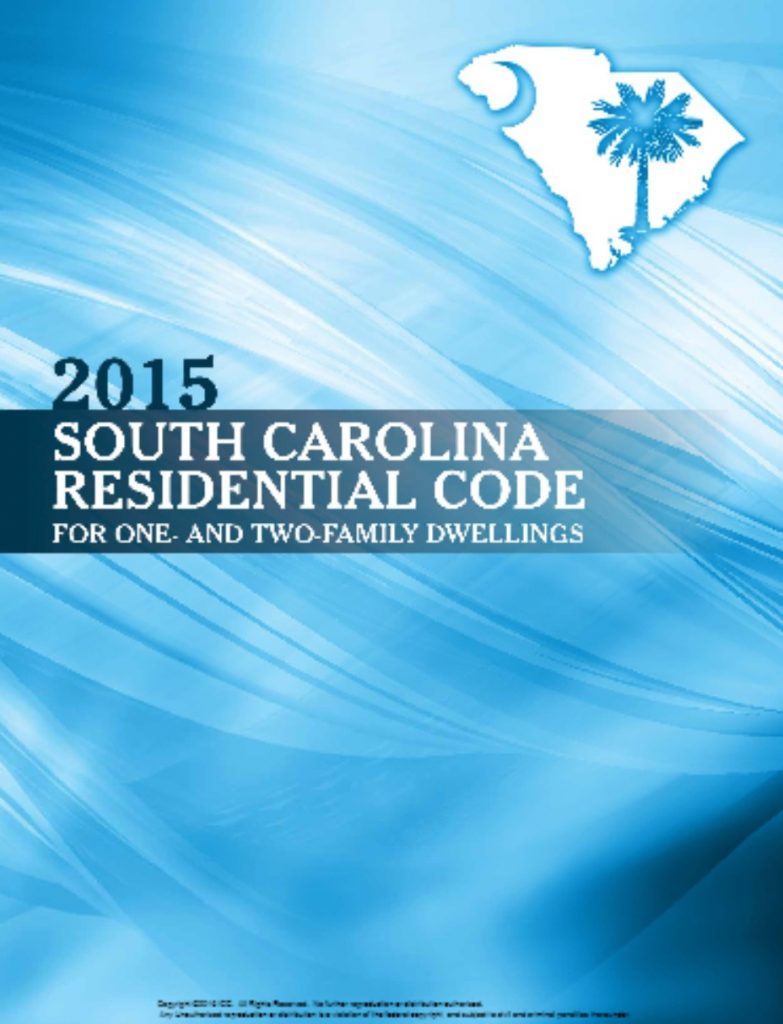 South Carolina has their own version (as do many states) of the IRC. Typically, South Carolina lags 1 cycle (3 years) behind the IRC.

Deviations to the code can be made if an engineer will state the deviation is safe, but that is seldom done (at least by us).

In addition to the building code, the IRC contains codes for plumbing, electrical, mechanical (HVAC) and gas installations. It pulls from relevant standards in each area and incorporates them into one stand alone compilation. The code is concerned with functionality and not aesthetics.

Even though there is one IRC, there are different standards based on geography. For example if a building site is in an earthquake prone zone, the requirements will be more stringent than for a home not in an earthquake zone. The same is true for us here in a hurricane zone. We have to do things that builders in other areas don’t have to do. 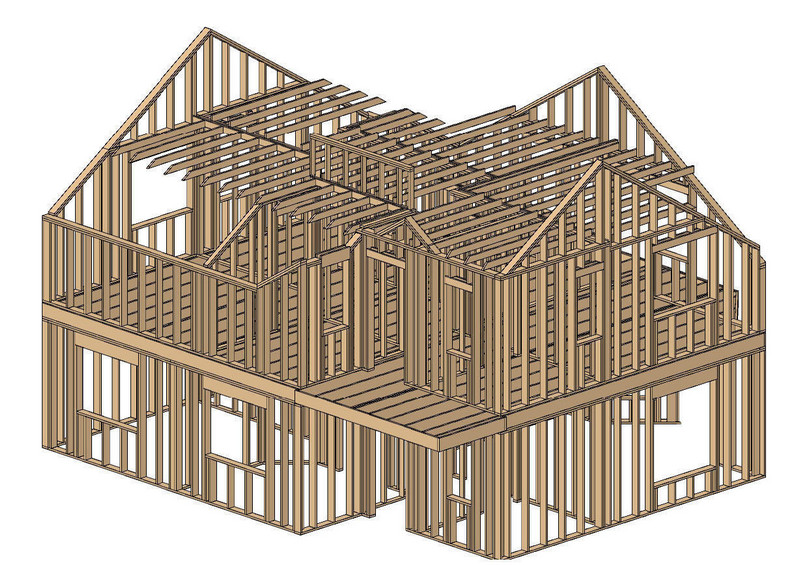 The purpose of the building code in the IRC is to insure homes are built with foundation and framing that meets minimum standards.

The code gives minimums for plumbing installations: pipe size, pipe slope, vents and location as well as other requirements. This is important to the home builder because the plumber does not have to “reinvent the wheel” when he is doing his design and installation. Again, the code is a set of minimum standards.

Electrical standards are taken from the National Electric Code. This part of the IRC insures that a home is wired safely. Electricity is a great servant, but it can be a deadly one. That is why ground fault outlets are required, for example. There are three prongs on most appliance plugs. The large round plug is a ground wire (a safety ground). The purpose of the ground is so that if a fault occurs and the device you plugged into the outlet gets energized, the safety ground would cause a breaker to trip, thus protecting the user from injury.

The HVAC portion is to set standards for the heating and cooling system. These standards are drawn to keep the HVAC systems safe and to insure minimum energy conservation standards are met.

Since the IRC is updated every three years, innovative materials and techniques can be incorporated as they are proven. It is revised by many, many experts from each area it covers.

Building inspectors are checking to see if the IRC is met when they do their inspections. Sometimes, they miss items and sometimes, they erroneously flag items. That is not too surprising given the over 900 (letter size) pages in the IRC.

While the IRC is important (and it is important), it by itself does not guarantee a quality home. (It is a minimum standard, remember.) You need an excellent builder to be sure you are getting the best “bang for your buck”.

Call us. We can help.